Now that Thanksgiving is over, I have a fun activity for your with your Indian corn.  We did this ‘science’ activity with Indian corn a couple of years ago.

Soak your Indian corn cobs in a bit of water to see what will happen.  We had a large tray with a paper towel and about 1/4 inch of water. We also pour water over the cob every 2 or 3 days. 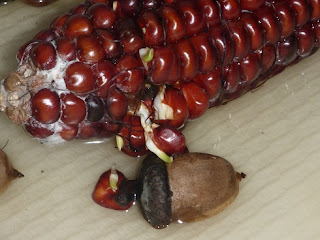 By day 2 we saw a few sprouts. 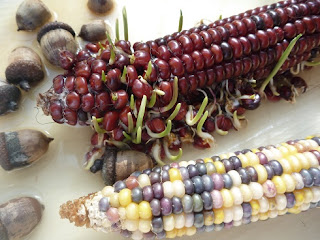 And after a week, there was quite a bit of growth.  Our acorns, on the other hand, have grown nothing but mold.  We also have some popcorn seeds in the water, but there’s been no change there either.  DD decided she wanted to add her Indian corn cob as well and they declared that it’s a race to see whose corn will grow fastest. Sigh… anyone else’s kids compete about most everything?!

After a couple of weeks, our Indian corn had grown quite tall in big pots at the end of our dining room table!

So here’s the corn after about 1 week of being watered. 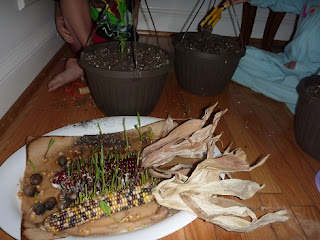 After a while we decided to plant the corn in some empty flower pots. 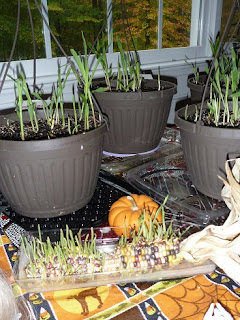 The corn grew steadily. It grew to be about 12-15 inches high! 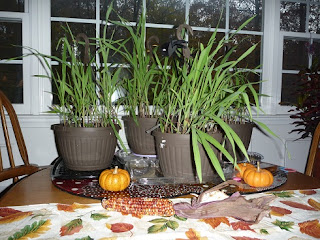 If you’re looking for more science activities, be sure to check out this post: (We have moved to homeschoolden.com) Preschool at Home: Science for 2-5 Year Olds (and Up!)

If you liked this post, I’d love to hear from you over at our Homeschool Den Facebook page!