Search
Menu
Categories
‹ prev next ›
2
Driving Across the Outback
December 13, 2009 Liesl - Homeschool Den Where We Used to Live (Australia posts) 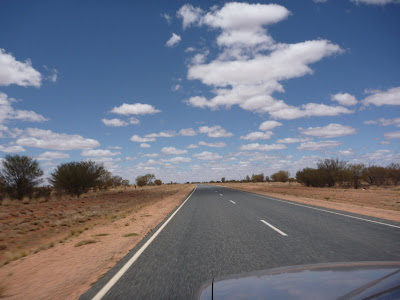 We just got back from our three week holiday down to
Adelaide, South Australia. We drove down. If you’ve
ever wondered what the Australian Outback looks like,
here are a few photos that are pretty representative of
what it’s like for 1200+km. There are lots of small
shrubs. Sometimes there are occasional hills, but mostly
it’s flat.

Every now and then (somewhere between 50 and
250kms) there are roadhouses where you can fill up on
petrol/gas. Most roadhouses have a small convenience
store and very basic accommodations. We decided to take
it easy on the kids since they’re so young, so we broke
the drive up and drove for only 5-7 hours at the most
in a day.

By the way, I’ll be posting more pictures as I have time, but
I’m going to place them AFTER these pictures, so you’ll need
to scroll down to see if there are new pictures over the course
of the next few days. 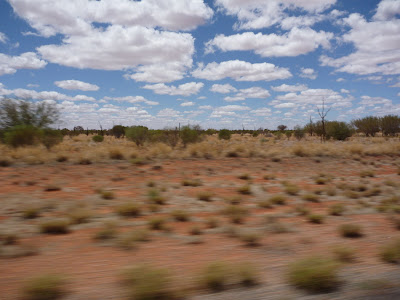 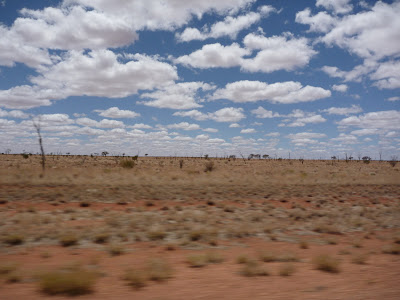 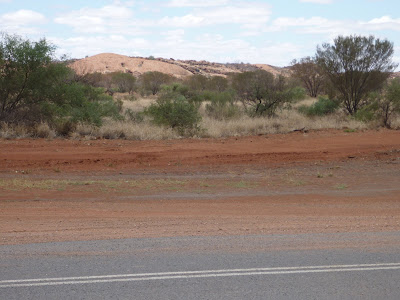